If you’re an aspiring airline pilot, choosing the right flight school is the first step towards achieving your dream. If you have decided to take that step to become a career pilot, we commend you for your ambition. Pilot training isn’t easy, and those who commit to flying must show the highest dedication and determination. You can chose any aviation academy in Europe, whether that be a pilot school in Germany or elsewhere, but it is important to make the right choices in pursuing your career as a professional pilot.

There are many pitfalls on the road to becoming a pilot, and flight training mistakes along the way can cost you both time and money over the course of your career. As a result, we have put together a FREE report, “Avoid These 21 Flight Training Mistakes” to help guide you towards a more profitable career in flying.

You can get that free report by clicking on the box below:

At FlyBy Aviation Academy, a flight training center located in Burgos, Spain, we stand beside our students every step of the way navigating this journey to become a pilot. As one of the world’s leading commercial pilot schools, we strive to provide our flight training students with an education that is comprehensive, practical, and complemented by unwavering support.

Our integrated ATPL training program can take someone with no flight experience and have them ready to join a commercial airline as a pilot in as little as 14 months for only €69,300, all expenses included (accommodation, meals, examiner’s fees and much more).

Of course, this isn’t the only thing that sets our flying academy apart from the pack. In this article, we’re going to be looking at everything that makes FlyBy flight training special and why you should consider us for your commercial pilot training.

Our ATPL Integrated course gives you all the flight training and experience you need to fly airlines, charter, cargo or corporate and starting from no experience. Many flying schools specialize mainly in private pilots licenses which will certainly help you qualify to make leisure flights on your own, which certainly has its benefits, but unless you continue the long-haul Modular ATPL route, you will not be able to make money as a pilot. At FlyBy, we’ll give you all the flight training you need to make money with a career in flying while doing something you love.

Why We Do Not Recommend Modular Aircraft Pilot Training

Modular trainings are appealing because they appear more affordable short term as you can take the classes in limited modules spaced over time. These custom programs can ease you into the world of flying starting with a discovery flight and private pilot course. You can start out with your private pilot’s licence and then any other license or rating required over time (for example, instrument rating, multiengine rating, multi-crew cooperation, commercial, etc.) at any flight training academy you choose.

The problem is these flight training programs can be more expensive in the long term. There is likely to be course overlap and perhaps the necessity of accumulating more hours than necessary. The spacing of the programs in terms of waiting for one module to start after another has ended could also leave you dead time. All of this together could potentially add up to an extra year or two in your progression to the First Officer position which could mean a significant amount of lifetime earnings foregone as an airline pilot.

With an ATPL integrated pilot program, you will receive your ATPL Frozen, a commercial licence, instrument rating, multiengine rating, and all other certifications you need to fly with major airlines. This can be done in as little as 14 months at FlyBy Aviation Academy. If you want to become a certified flight instructor on top of that with a guarantee of an instructor job for 12 months after you graduate, you can upgrade your training to our cadet program.

Should you choose to pursue a career in flying upon graduating from our flying school, it won’t take you terribly long to make back the money you spent on your education. This is partly because professional pilots are paid exceptionally well over time, and partly due to the relative affordability of our flying course.

To make flying available to everybody who wishes to pursue it as a career, we make a conscious effort to keep our course fees low. For just €69,300, you can secure your place in our world-renowned 14-month course with top notch flight instructors. You can also join our cadet program to become a certified flight instructor in addition to earning your ATPL credentials to fly a commercial aircraft. 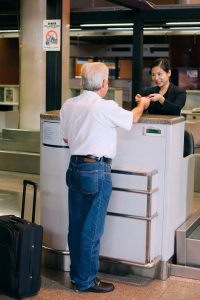 Accommodation Provided at Our Flying School

For your course fee, you get so much more than flight training. We will ensure you have safety and peace of mind throughout your training. This we do by providing you with all the tools you need to live and learn in relative comfort. This includes accommodation. When you choose the FlyBy all-inclusive package, accommodation will be included for the duration of your course. This accommodation features a private bedroom and bathroom. If you have any questions about the facilities at our training center feel free to request more information by contacting us.

Food Provided for Each Student

Along with free accommodation, FlyBy will provide you with food throughout your time in our pilot training program as part of its all-inclusive package. You will receive three meals a day, seven days of the week. These meals are professionally prepared and contain all the nutrients you’ll need to stay healthy and energized, even during stressful course periods.

Our pilot training is one of the most comprehensive of any flying academy in the world. The all-inclusive course consists of both practical and theory learning. Over 14 months, you will rack up 238 hours of hands-on flight training. This will be complemented by 750 hours of classroom teaching to give you the most rounded pilot training possible. You will need all this information to not only make you more at ease when you get in the cockpit to fly, but also to pass the exams necessary to get your pilot licenses, ratings and certificates.

It is often said that a student is only as good as his tools and training. At FlyBy, we believe this to be the case. We don’t want to see a five-star student hampered by two-star equipment. That’s why we provide all of our flight students with high-quality learning materials and equipment in addition to well trained flying instructors. This includes a flight manual, several sets of uniforms, the latest flight simulators, and a log book, among other things to augment your training. We’ll even provide you with an iPad loaded with training material so you can reach your full pilot potential!

“Germany, officially the Federal Republic of Germany,[e][f] is a country at the intersection of Central and Western Europe. It is situated between the Baltic and North seas to the north, and the Alps to the south; covering an area of 357,022 square kilometres (137,847 sq mi), with a population of over 83 million within its 16 constituent states. It borders Denmark to the north, Poland and the Czech Republic to the east, Austria and Switzerland to the south, and France, Luxembourg, Belgium, and the Netherlands to the west. Germany is the second-most populous country in Europe after Russia, as well as the most populous member state of the European Union. Its capital and largest city is Berlin, and its financial centre is Frankfurt; the largest urban area is the Ruhr.

Various Germanic tribes have inhabited the northern parts of modern Germany since classical antiquity. A region named Germania was documented before AD 100. Beginning in the 10th century, German territories formed a central part of the Holy Roman Empire. During the 16th century, northern German regions became the centre of the Protestant Reformation. Following the Napoleonic Wars and the dissolution of the Holy Roman Empire in 1806, the German Confederation was formed in 1815. In 1871, Germany became a nation state when most of the German states unified into the Prussian-dominated German Empire. After World War I and the German Revolution of 1918–1919, the Empire was replaced by the semi-presidential Weimar Republic. The Nazi seizure of power in 1933 led to the establishment of a dictatorship, World War II, and the Holocaust. After the end of World War II in Europe and a period of Allied occupation, Germany was divided into: the Federal Republic of Germany, generally known as West Germany, and the German Democratic Republic, East Germany. The Federal Republic of Germany was a founding member of the European Economic Community and the European Union, while the German Democratic Republic was a communist Eastern Bloc state and member of the Warsaw Pact. After the fall of communism, German reunification saw the former East German states join the Federal Republic of Germany on 3 October 1990—becoming a federal parliamentary republic led by a chancellor.” 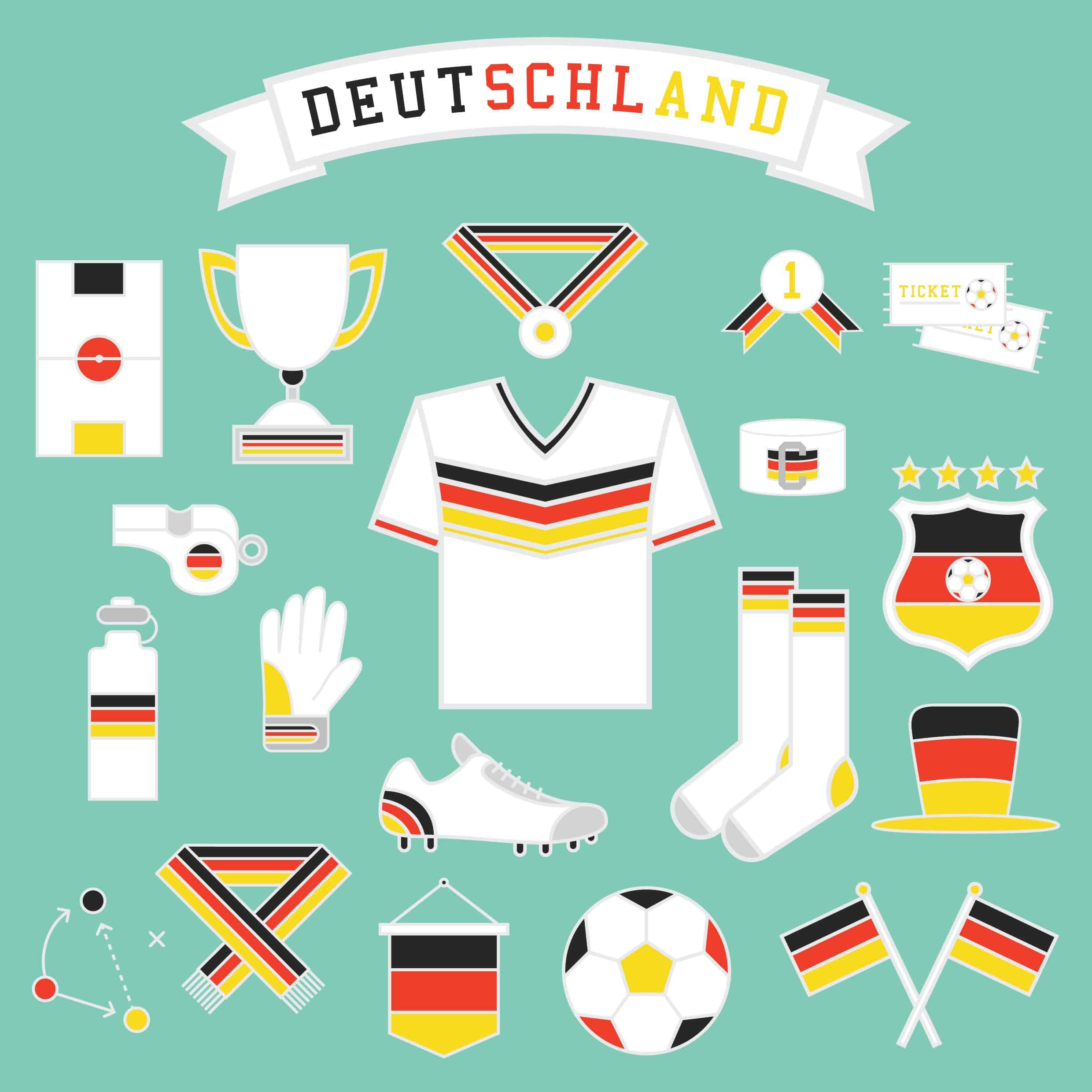 Many aircraft training schools do not start a new course when they already have one active. This means their potential students could end up waiting as much as a year to begin their flight training programs. This is not the case with FlyBy. We run multiple courses at a time, with a new course beginning every two months. With such regularity, you can start your training at a time that is convenient to you and be flying professionally in as little as 14 months subsequently!

Pilot schools based in cold climates are not in a position to provide consistent flying throughout the year. Instead, they must limit the flying to the time when weather best permits it, when inclement weather and ice are less of a flying safety risk.

Thankfully, our school is located in Spain. This means we have almost constant sunny weather, allowing us have consistent flying schedules throughout the year. This is one of the advantages that allows our students to build hours towards their ATPL certification in as little as 14 months.

After Your ATPL: Receive Your Type Rating And Joining A Commercial Carrier’s Crew

Once you your have received your ATPL certification, you will be set to interview with major commercial carriers to begin making money flying the friendly skies. In the process you will also progress towards a type rating on any craft you will be flying for that airline. A type rating is simply certification of a recognized flying authority that you are able to fly a certain type of aircraft. For many, this is on the job training with whatever commercial airline company one decides to fly with depending on the craft they want you to fly in their fleet.

Learn To Fly An Aircraft – Contact Us for More Information

As you can see, FlyBy offers the most extensive, supportive, and fulfilling aircraft education any career pilot could dream of.  You can learn more about our ATPL integrated program by going here.  If you’re ready to take to the skies, contact us today at +44 7828 886964 to discuss your enrollment or fill out the following form for more information:

Any cookies that may not be particularly necessary for the website to function and is used specifically to collect user personal data via analytics, ads, other embedded contents are termed as non-necessary cookies. It is mandatory to procure user consent prior to running these cookies on your website.