Many people are unsure what to expect when it comes to completing their commercial pilot licence training. When earning your ATPL (Airline Transport Pilot Licence) it is a very demanding and intensive time, especially if you want to graduate in just 14 months. At the end of the day, you aren’t becoming a pilot to spend a long time training, you want to get into the front seat of the plane and start living your dream and earning money too! Don’t be put off by the work required though. Many days it won’t feel like hard work as at the end of the day you’re spending all of your time learning about aviation – something I’m sure you are passionate about! After all, it is the best career in the world!

Some people come into aviation expecting it to be easy, after all autopilot does everything for you right? Unfortunately not! Becoming a pilot is a big commitment, and will require you to acquire a lot of knowledge in a relatively short period of time.

It is the best career in the world, but be sure that this is the career you want before starting your training. If you’re still arranging funding, it would be better to work for an extra few months before you start training and earn the required money to allow you to not work during the training. You can then focus 100% on your commercial pilot training throughout the Integrated ATPL course. In most cases, people who try to work alongside their studies fall behind and end up needing to pay extra money overall. This could be for living expenses (accommodation, meals) and exam repeats.

For an idea of the amount of work required, during my training I studied a minimum of six days a week and fully committed myself to the aviation world. A rest day for me would still involve watching aviation related documentaries on YouTube or listening to aviation podcasts. This allowed me to get an average score of over 96% in my 14 official ATPL Exams. You don’t have to be quite as extreme, but the more engrossed in the pilot world you are and the better your results, the more opportunities for employment you will find and the more successful you will be when interviewing with airline recruitment teams.

On a day to day basis your schedule will vary depending on what stage of your training you are at.

Initially, during the two month introduction/foundation stage you will be classroom based. The classes will be Monday-Friday for around 5 hours each day so you can still have the weekends for studying, getting to know your colleagues and seeing the local sights. During this phase you’ll get to learn the fundamental knowledge of aviation. Here are some of the classes you’ll have at this point:

After you have passed the initial stage, the real fun begins as you begin flying! After 2 months of theoretical learning you’ll be raring to go. Every pilot will be able to tell you about their first time taking to the skies and being in control of the aircraft. You’ll be flying a couple of times each week with an experienced instructor who will teach you up to a level where you have the skills and confidence to fly the aircraft solo!

We refer to this initial type of flying as Visual Flying or VFR (Visual Flight Rules). This means you will make reference to the outside world by looking out of the windows at the terrain around you for navigation, and to the aircraft to recognise how your controls are affecting the way you move through the air. As you can imagine, VFR requires you to have a good amount of visibility. This is a reason many people choose to learn to fly in Spain where the weather reliably provides us with +300 flying days each year over beautiful coastlines and terrain. As a British person it was a major selling point for me as it would allow me to complete my training in a shorter time rather than having the frustrating delays due to the unreliable UK weather!

At the same time as learning how to fly, you will move onto the next stage of your theoretical learning. The ATPL (Airline Transport Pilot Licence) theory builds on the foundation you developed in the initial stage. There are 14 official exams that you need to pass in order to obtain your pilot licence and fly for a commercial airline.

As you can imagine, your workload increases significantly at this point. Not only will the theoretical classes be running from Monday-Friday but you will also have flights to prepare for and to fly. Flights are scheduled to ensure you don’t miss any of your classroom training including at the weekend. The VFR flying will include obtaining your Night Rating and your Upset Prevention and Recovery Training; both of which are incredible experiences in their own right and ones you will remember for a long time.

Upon completing your VFR Flying and your 14 ATPL exams you will begin the next stage of your flight training. The classroom hours will no longer take up a significant portion of your day however the amount of planning and preparation for your flights will increase significantly. As a professional pilot we cannot only fly when there are clear skies. We must be able to fly in cloudy conditions and when the visibility is poor. We call this Instrumental Flying (IFR – Instrument Flight Rules) as we utilise the instruments within the aircraft to navigate and safely fly to our destination. This part of your training will take a couple of months and is when you really start to fly like a commercial pilot following navigation aids and landing systems.

So far you will have been flying a single engine aeroplane. The next step is to fly a multi engine aircraft. The basics of flying remain the same but there are some complexities only found on multi engine aircraft and you will learn to deal with simulated emergencies and more complex cockpit management. A commercial pilot needs to have an understanding of how the engines interact with each other and how to manage them both simultaneously.

The MCC – Multi Crew Cooperation – is a vital part of the training and when you really feel like a professional pilot. There is a basic MCC or an Airline Pilot Standard MCC (APS MCC). Of course, airlines favour those who have completed the APS MCC. This is 40 hours of flying on an A320 simulator with one of your colleagues. You will have your first experience flying a jet aircraft but the real focus of this stage of your training is to learn how to work on a flight deck with another pilot beside you. You’ll need to work together under the instruction of highly experienced flight instructors using the procedures and checklists to perform departures and approaches into international airports to an airline standard. When the time comes to interview with airlines, they will ask a lot of questions about your MCC and expect you to demonstrate your abilities in a simulator of their own which is why this stage is so important.

The studying doesn’t stop there even as you complete your Airline Transport Pilot Licence training and obtain your commercial pilot licence. If you are anything like me then you will be preparing and studying for airline interviews. They will be asking theoretical questions and seeing if you have done any research into their airline. I spent hours compiling notes on each airline I was going to apply to and maintaining my knowledge of the industry.

Aside from a short holiday in December, you will be required to be available to fly everyday of the 14 month course. Hopefully you now have a better idea of the demanding but exciting schedule that the ATPL course requires from you. Not only that but now I hope you can see the importance of making sure the school you choose is able to provide you with the resources you need – planes, instructors, weather, maintenance – in order for you to be able to get through your training in a short period and get your first job flying for an airline.

I can imagine you are raring to get started. You have an idea of what the courses you’ll be covering are during the foundation stage so I would suggest that you get started on your studies to get ahead of the curve. Also, here are some things that I used to help me get into the world of aviation: 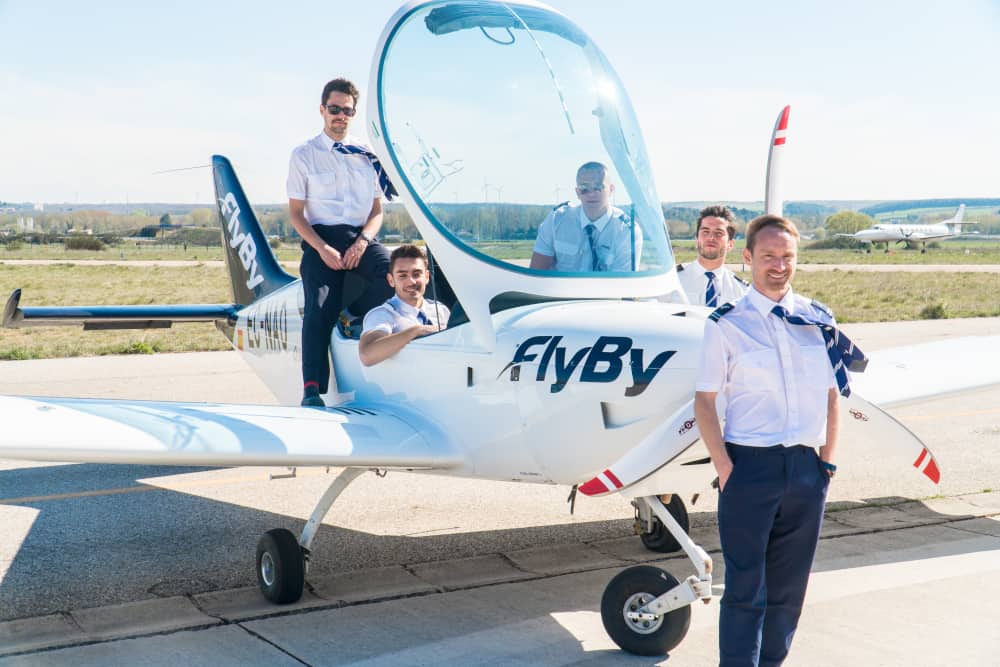